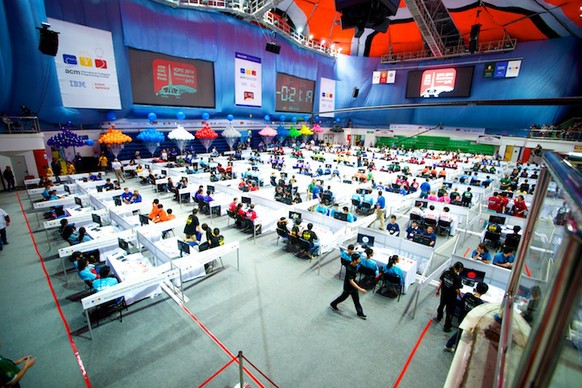 So the final contest of ACM ICPC has started! Teams solve problems, experts and guests are in live broadcast, audience greet with applause the problems solved.

Tsingua University team was the first to solve the problem. All the team members are pioneers at the Finals, but one of them is the champion of last year IOI. Now Lijie Chen is on the first course and in future plans to take scientific work.

This is the first show not only for the team, but for branch of Moscow State University in Tashkent, too. Team member Anastasiya Bistrigova said that she always loved Math, took part in mathematical Olympiads and later in college began to study software languages. Competitive programming provides a unique opportunity to solve problems, which require mathematical and algorithm reasoning. During her first Finals she wants to enjoy problem-solving.

And SPbSU is not a beginner at ACM ICPC. The University is always among ACM ICPC finalists. By the way, SPbSU was the first to present Russia at this international contest. This was in Y1993. And in Y2014 they are one of the favorites! This season the team is the Champion of Russia in programming (1st Place at NEERC), won the Championship of Ural and fought five best Chinese teams in “The battle of giants”. This meeting of two strongest programming schools (Russian and Chinese) was held last year on-line. Dmitry Egorov from SPbSU says that he dreams to have some rest from programming after the Finals. Too many trainings for the recent time!

One more favorite is Warsaw University, twice ACM ICPC Champion. The trainer confessed in the interview before the contest:

I hope the problems will be difficult and the Champion will be defined by the number of problems solved and not by the penalty time, Twice Warsaw became a champion due to that. If the solutions are on fingertips — it is not interesting!

The first half of the Finals is over. In several hours we will learn the name of ACM ICPC 2014 Champion! 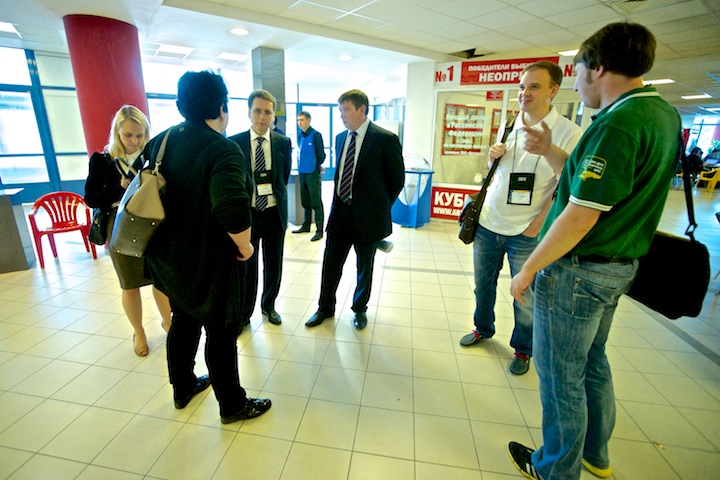 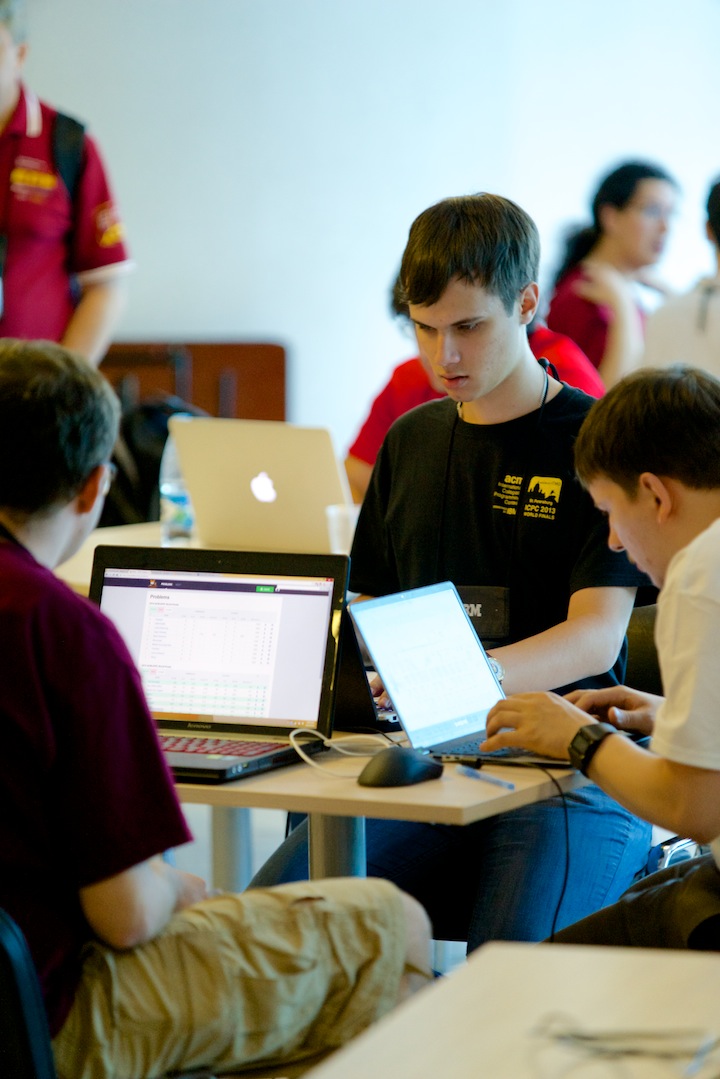 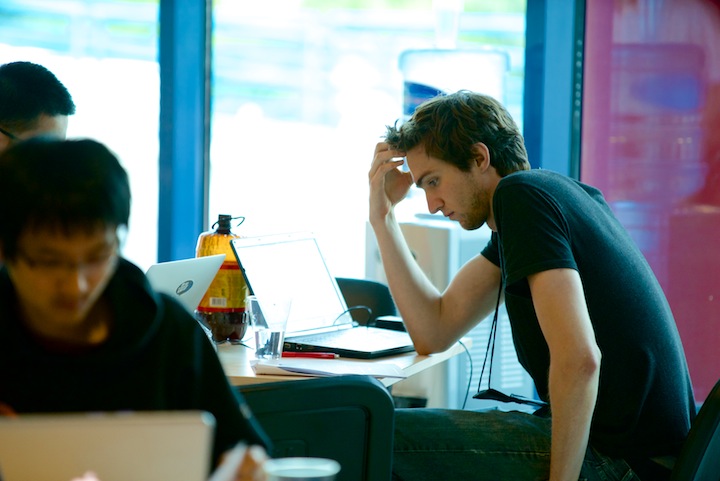 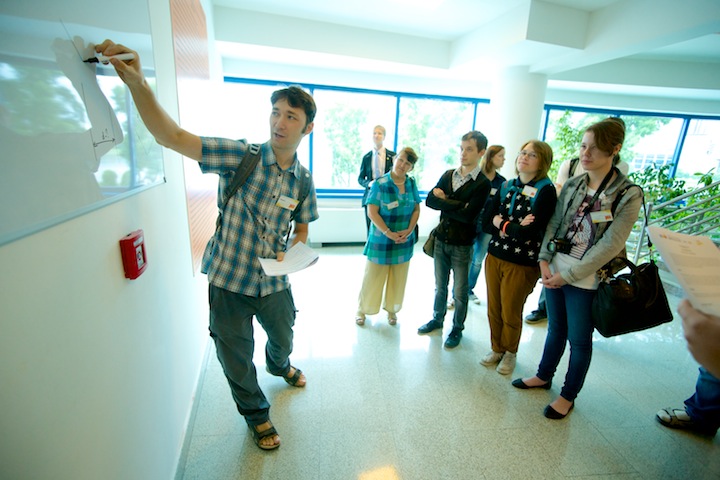 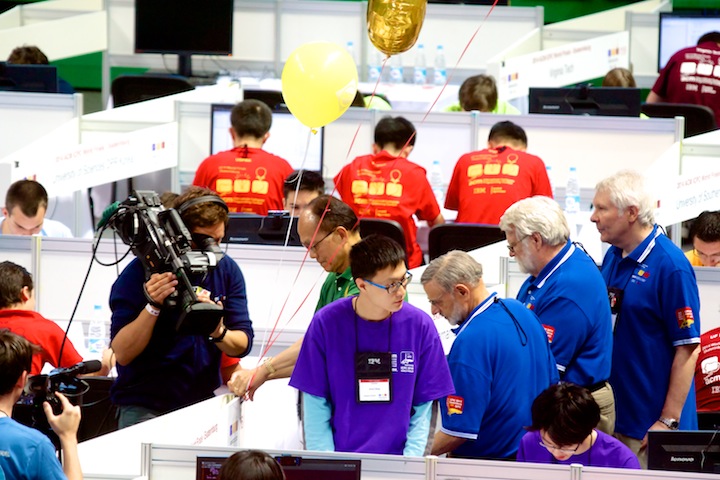 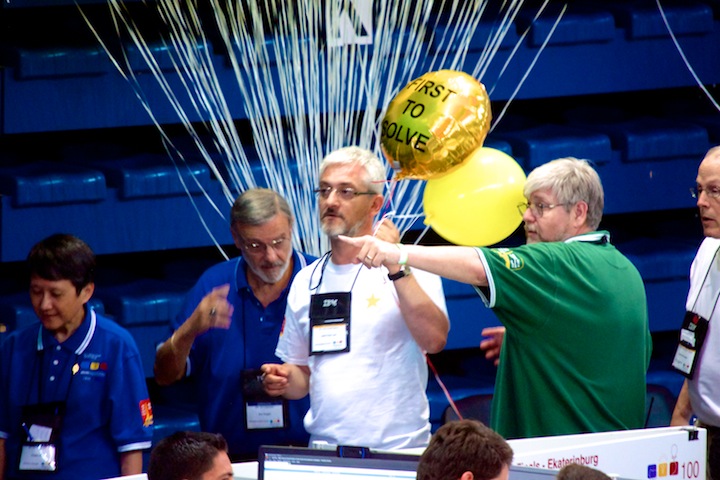 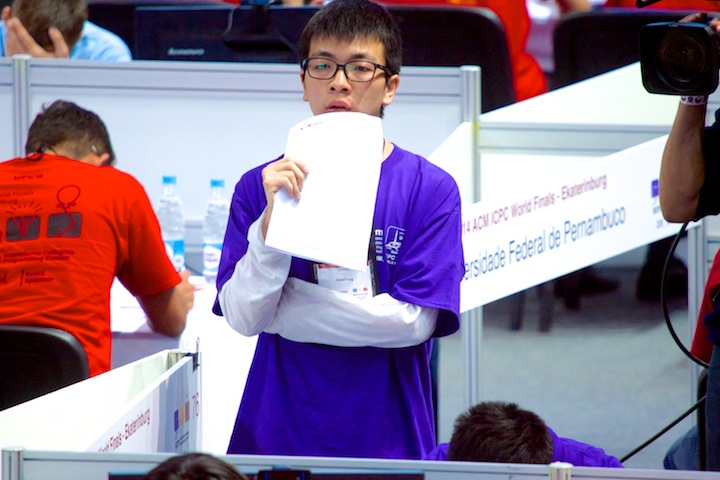 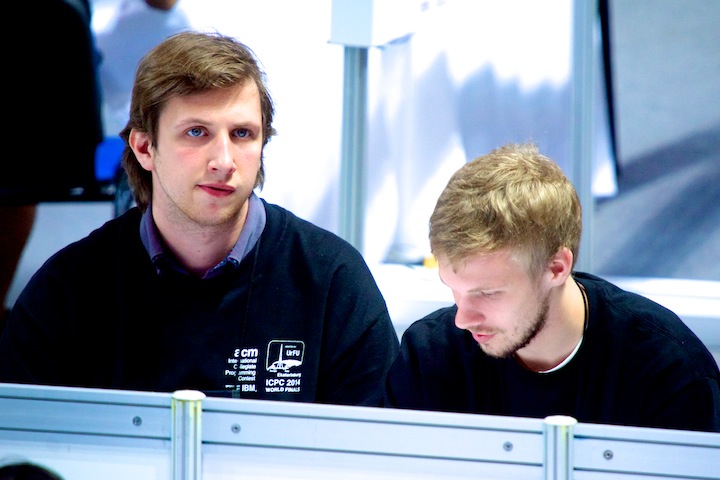 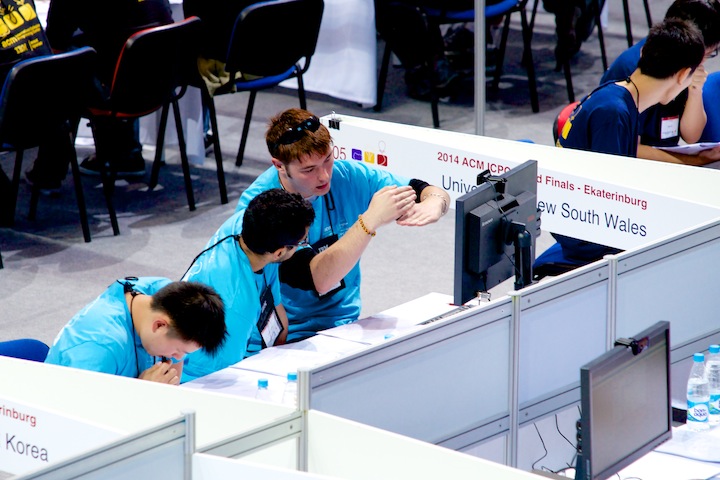 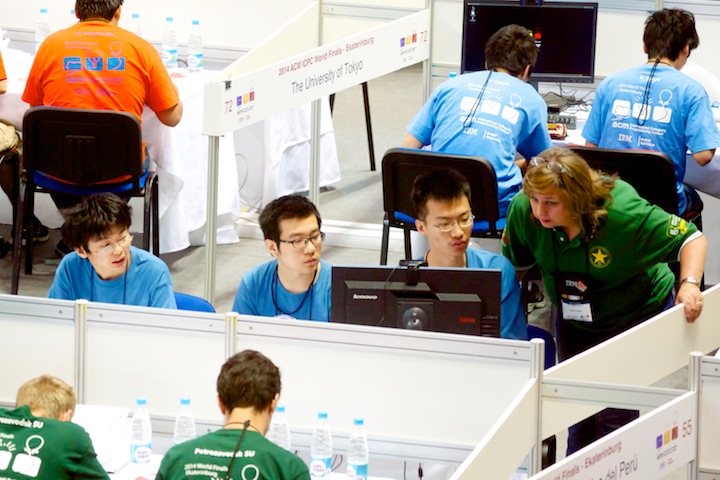 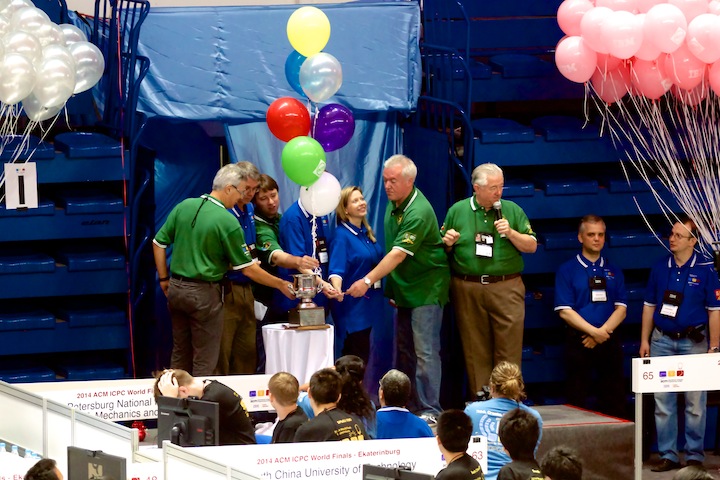 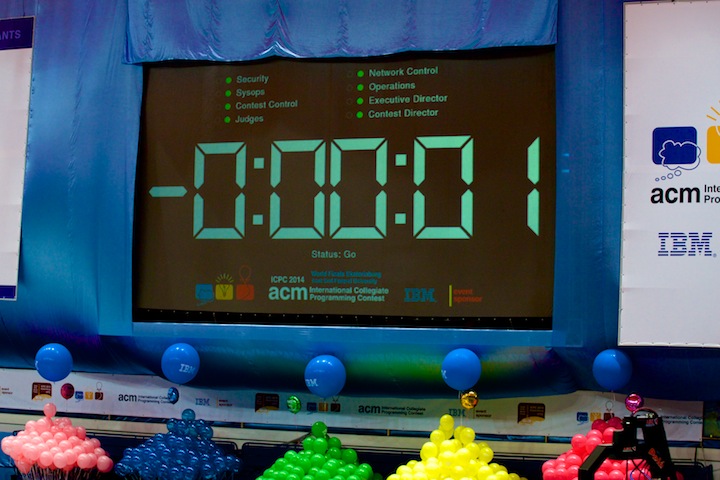 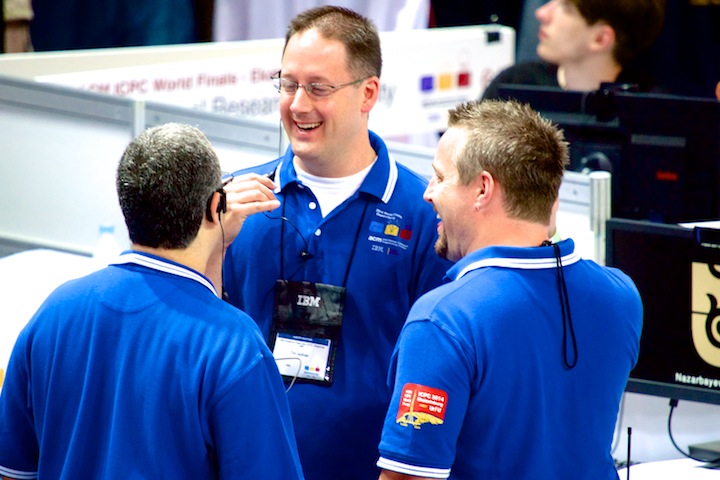 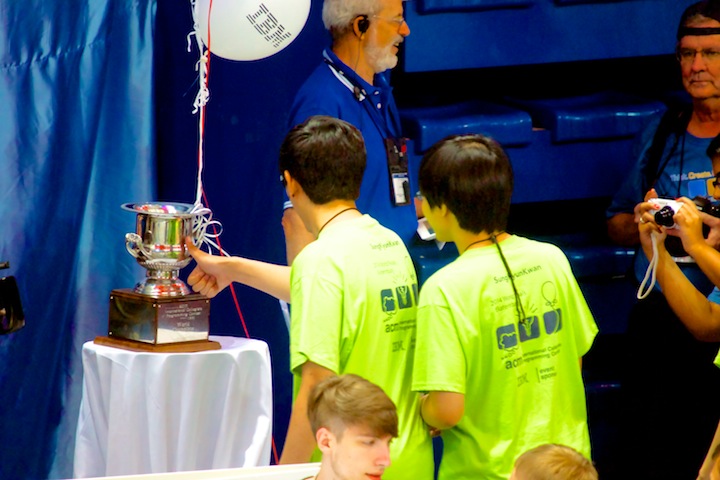 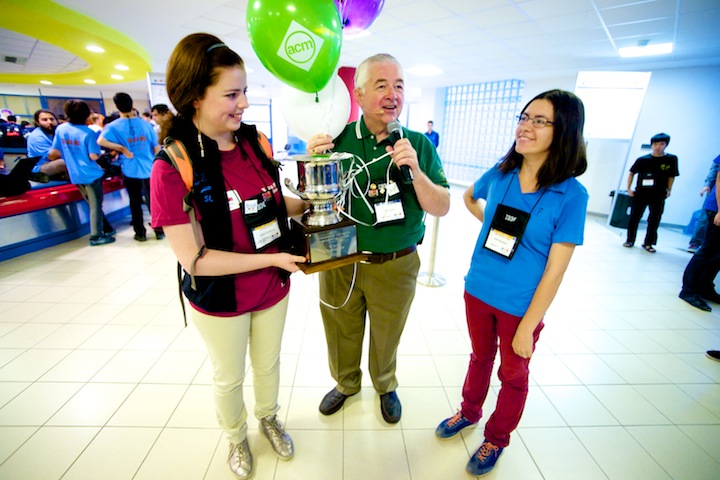 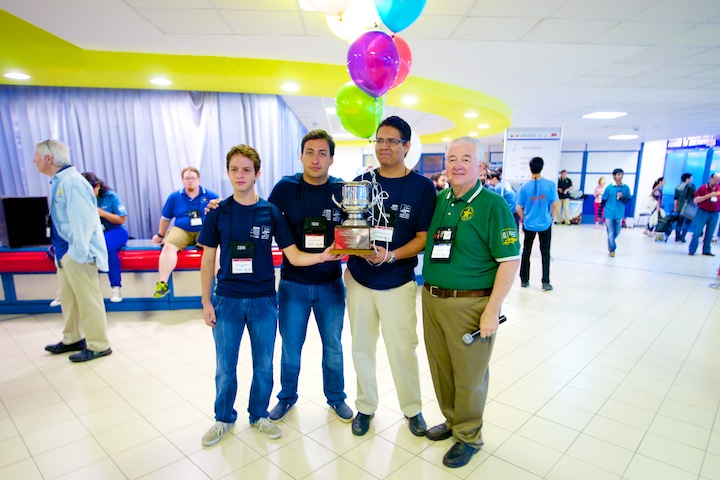