If you are interested in city tour, museums or sightseeing we recommend you Ekaterinburg Guide Center. You can choose and book an excursion for yourself on its website.

What is worth seeing in the city? 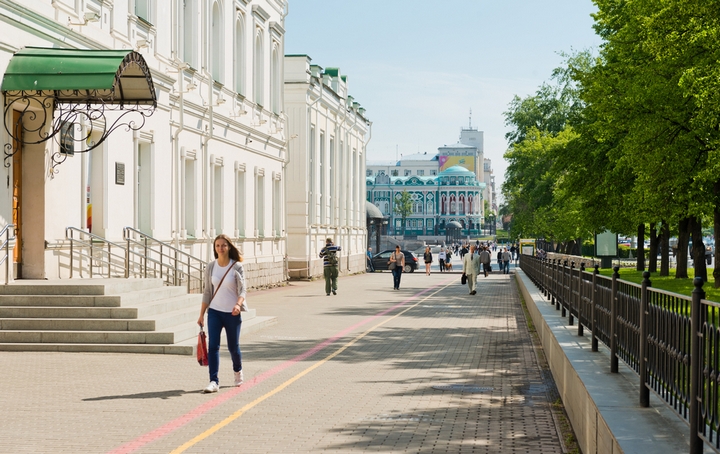 If you are in the center of Ekaterinburg look for the red line painted on the pavement. Follow it and you will pass by important historical landmarks in the city. Use a guide or just walk — it`s a pleasant way to get acquainted with Ekaterinburg.
www.ekbredline.ru (in russian) 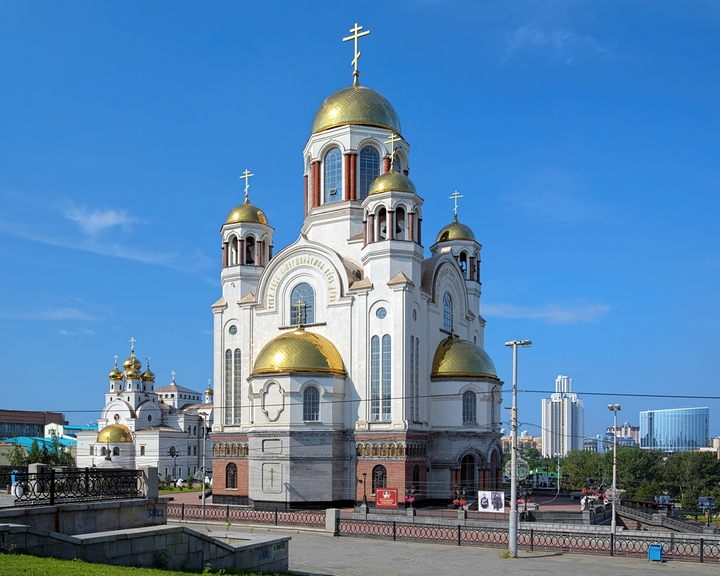 Temple on Blood stands on the place where less than a century ago the last Russian Tsar and his family were executed. It is the largest cathedral in Ekaterinburg, it has five domes and 14 bells. There is a museum on its ground floor.

Through the opening of the iconostasis one can see the place of execution, purposively by architects. An unusual sculpture may be seen on the temple’s stairs. It depicts the Romanovs going down to the basement, where they perished. 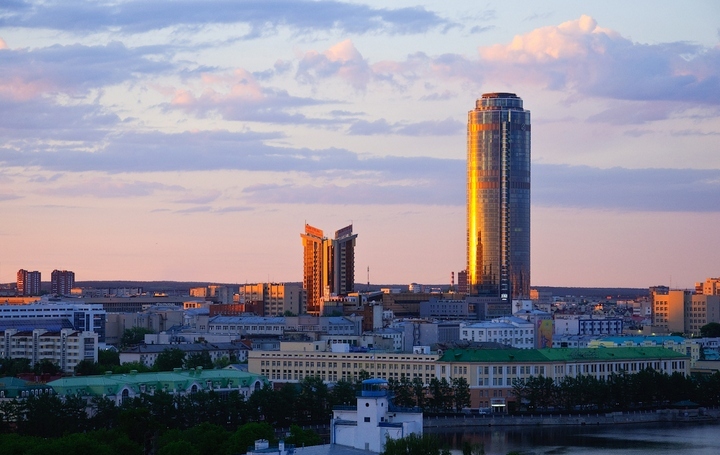 “Vysotskiy“ is the tallest building in Russia outside of Moscow (188 meters tall, 54 floors). It is situated in the center of the city and named after Vladimir Vysotskiy, a great soviet-era poet, musician and actor. Vysotsky sounds almost similar to a word “vysokiy” which means “high” in Russian. An open platform is located on the 52th floor of the “Vysotsky“. On this platform, there is truly a magnificent view--a panorama of Ekaterinburg which stretches out 25 km. From this vantage point you can see a whole new side of Ekaterinburg, as it spreads before you. Modern sightseeing equipment, a “Radio-guide”, will help you get acquainted with the city and learn some interesting facts about its history, buildings, monuments and parks 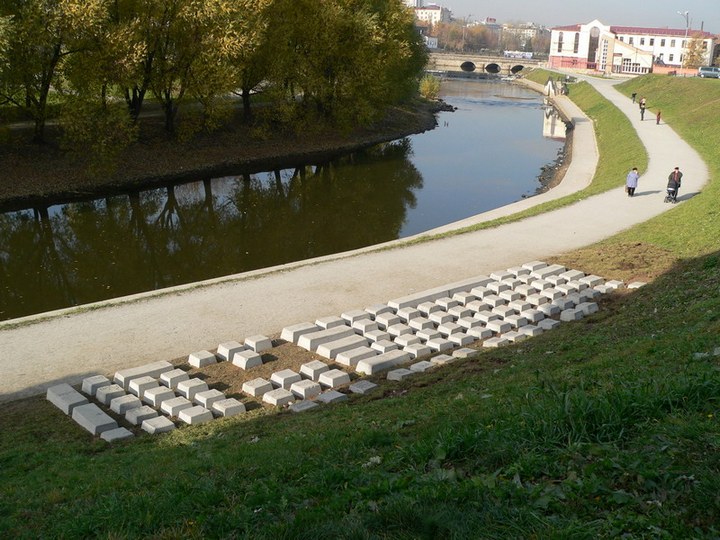 The monument is simply a cement keyboard 30 times bigger than a real one. It has 86 buttons with the QWERTY layout. Each key weighs about 80 kilograms and can be used as a bench. This keyboard is said to be the biggest in the world.

What to see outside of the city?

The border between Europe and Asia 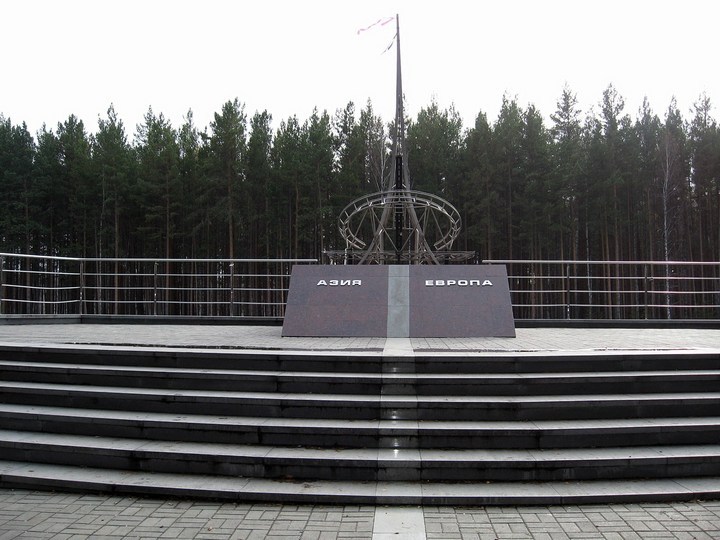 Ekaterinburg is very close to geographical border between Europe and Asia. It is not a straight line and goes along the watershed of two great rivers — Volga (Europe) and Ob’ (Asia). There are several monuments along the border and one of them you can see on the ACM ICPC-2014 logo. 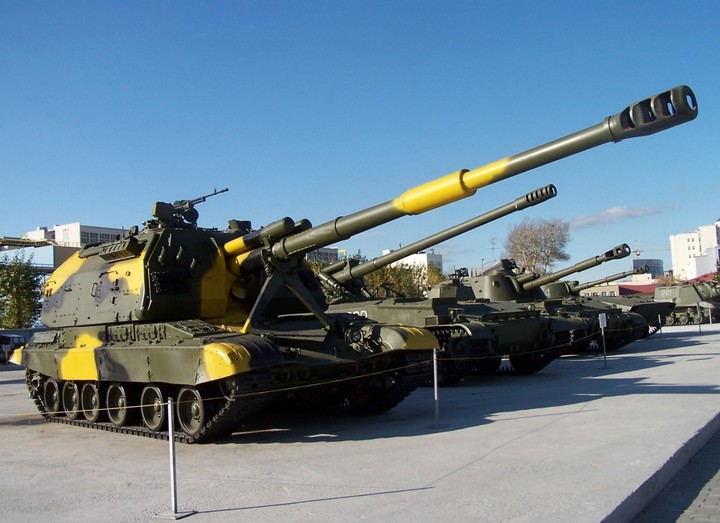 In the city of Pyshma (40 minutes ride north from Ekaterinburg) you can find one of world biggest collection military technics. There are tanks, from the earliest models to the newest, planes, automobiles, a great collection of military awards. The interesting thing is that all engines are in great condition and work. The museum is supported by the biggest metallurgic company of the Urals — UMMC.

The falling tower of Neviyansk 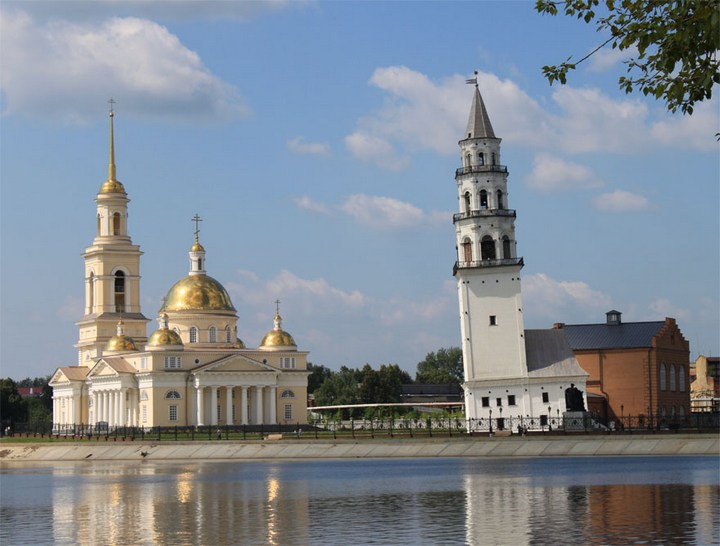 Neviyansk is an old city located to the north of Ekaterinburg, a ride there will take about an hour and a half. A long time ago it was the heart of the mining empire of Demidov family. The leaning tower standing in the central part of the city is a memorial to those times. Its vertical deviation is about 1,85 meters! In 18th century the tower had a very unusual clock on the top and one of the first lightning rods in the world. 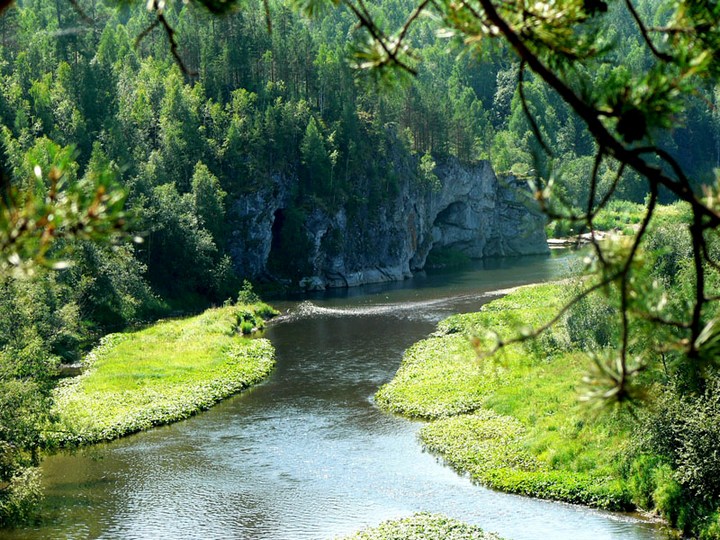 The most beautiful park in the Urals rests on the Serga river. A ride there will take about two hours. Picturesque cliffs, deep grottos and even beaver dams can be seen there. Look around and try to find a figure of an angel on one of the cliffs. If you want to visit this park you’d better reserve a whole day for it.